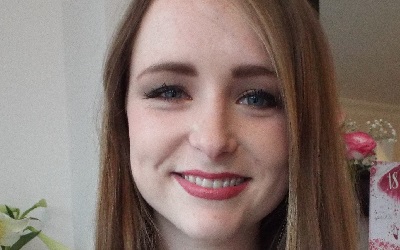 Ellie Robson is a CHASE funded Doctoral Research at Birkbeck, University of London (2019-2022). She completed both her BA and MA at Durham University (2015-2018) under the supervision of Dr Clare MacCumhaill.

Ellie’s PhD thesis is the contextual revival and analysis of Mary Midgley’s moral philosophy – most specifically, Midgley’s moral naturalism. Though never specifically placing herself in such as school, Ellie’s thesis excavates and examines the specific flavour of naturalism that runs through the naturalism of Midgley. Ellie’s research takes off from Durham University’s In Parenthesis project. Before In Parenthesis Midgley’s philosophy had not been situated within this mutually enlightening female school. Though popular outside the discipline, out of the four Midgley faces the strongest oversight within academic philosophy. Historically, Ellie’s specific contribution to the task of reviving this school is an excavation of the connections between the naturalisms of Midgley and Philippa Foot, within which there are important similarities and differences. If connected with Midgleyan naturalism, the success of Footian naturalism within the academic tradition lays claim to the historic and continued relevance of Midgleyan naturalism. Thus, tracing Midgley’s connection with Foot is worthwhile in establishing her legitimacy and status in the history of philosophy. Ellie aims to excavate and establish Benjamin Lipscomb’s suggestion that Beast and Man, ‘in its level of detail and consequent applicability, in its accessibility and potential influence, in its engagement with relevant science and empirical adequacy (…) is more powerful than Natural Goodness’.

Some of Ellie’s recent talks and events include: