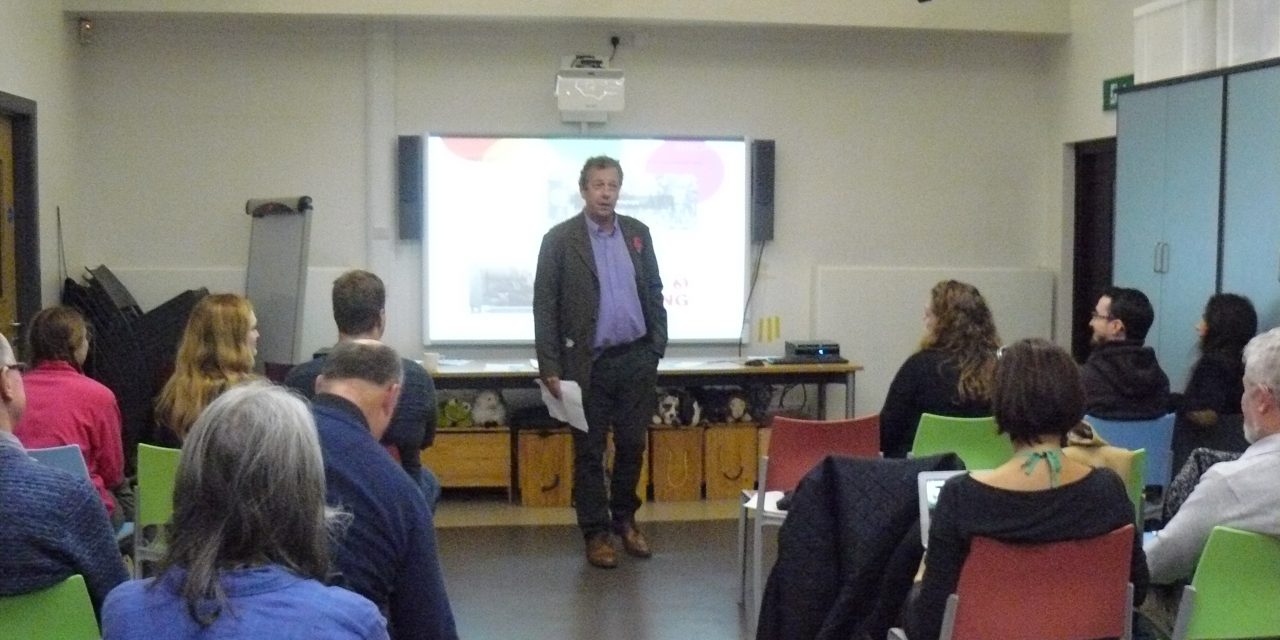 At the Midgley Archive Launch we heard a series of wonderful talks from distinguished guests. Here, Dr Ian Ground reflects on the many dimensions in which the style and substance of Mary’s work interacts, and on her relation to Wittgenstein.

Moral as the superlative of serious

…[T]he central job the word does, the one for which it is worth preserving, is to mark, as Philippa Foot suggested, a certain sort of seriousness and importance…and…its other implications, whether of form or content, flow from this.…

…Now what happens if we ask; is it not only a serious but a moral matter? My short and wild answer is that moral is simply the superlative of serious.

Dominant in various forms of formalism

In different ways both rooted in the so-called naturalistic fallacy, the claim that the facts of the matter can never determine moral matters.

Curiously often traced back to Hume. Curious because Hume puts a certain class of facts at the centre namely those do do with human sentiment and natural sympathy and that these rather than rational inference from empirical facts were morally determinative.

But he was read as asserting an absolute distinction between facts and values which seem to imply that moral judgement takes place in a realm of its own. That therefore the job of philosophy was to articulate the logical form of moral judgements and to stay away from substantial questions of content

True that in the 80s applied philosophy but this required a special licence and was considered safe so long as quarantined in a journal with the helpfully warning called applied philosophy. The implication was that was a rather specialised use to which philosophy might, under licence, to be put nit mot part of its raison d’etre.

Left the originated sense of moral as that discussed b6 bishops on Sundays or the more salacious topics of the tabloid press.

By saying moral is the superlative of serious Mary is denying that but to see what we have the. To think of serious

But that means that we need to know the nature of the thing we are talking about so we know what kind of thing could count as a central interest or purpose for it. So some account is now needed of human nature and the kind of life that is appropriate to us. Mary is in effect making am Aristotelian move and doing this long before talk of the virtues became fashionable again in philosophy

The problem for Mary was that all sorts of other cultural pressures and stories we tell ourselves made us think that we had escaped our nature. And so talk about human nature had to be put in the context of thought about animal nature and this is where the ethology of Beast and Man comes into the picture. Mary in effect enlisted Darwin and his inheritance in the animal sciences to rehabilitate idea of species nature and with the thought that we are not just arts her like but are animals, human nature.

Exposing and breaking down. The tropes and trope that stood in the way of our recognition of our own species nature lead to rows with those who she regarded as misunderstanding the spirit of Darwin’s reflections but also to a more general worry. Rather than, as Wittgenstein had done and just call out these false pictures, she came to see that pictures of one kind of another were themselves part of the character of human life and nature. It was impossible to throw them out altogether in live in a metaphor free state. So the task was to make those stories explicit, point how partial they were and seek to newly curate them, trace their provenance and so they could be seen as one picture amongst others in the gallery of species self-portraits we paint of ourselves.

Striking phrases a way of breaking the hold of pictures and making new ones possible.

It was also necessary to offer new metaphors and pictures Gaia and to offer an meta account of what all these pictures were doing and how to manage them. The need to break down traditional oppositions.

She also I think came to see that the process of seeking integration of these partial pictures was not just an intellectual task for our culture but mirrored our own personal struggles to live an integrated life out of the mess of talents, traits, vices and virtues with which we are contingently gifted. Ana, I think, will talk more about this positive aspect of integration.

So the philosophical task of integration, never completed but to which we aspire, was a mirror of the personal task of leading, and not just living a life. For this reason philosophy itself was an ethical task.

So here is one picture of Mary’s philosophy, perspectival and partial like any other, if we take as our model her remark that we should think of the term moral as the superlative of serious.

Not just a matter of style; nor just a device to reach a wider audience than Mind articles.

Even her abstract titles have a punch to them.