Of Beasts and Men: Reflections on Nature Writing Workshops 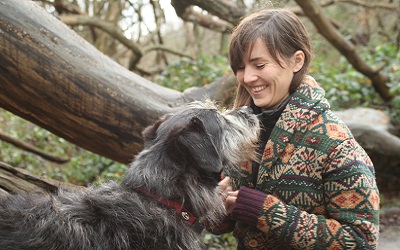 This is a guest blog post by associate researcher, and Biscuit Tin philosopher, Mara-Daria Cojocaru.

Mara is interested in the relation between reason and emotions, in particular in regards to human-animal-relations. She agrees with Mary Midgley that “sensitivity requires rationality to complete it, and vice versa” and is working on a book project on reasons for becoming passionate (about) animals. Mara has a background in political philosophy and has worked on philosophical pragmatism, too. Apart from that, she is pursuing a literary career as well. www.maradariacojocaru.weebly.com

It would be nice if I was able to say what exactly it is that we are doing at these workshops … They are now taking place on a monthly basis, bringing together eight authors from different creative writing traditions, with various backgrounds, and locked down or at home in different locations. We are all interested in other animals in one way or another, which is, I suppose, why we write poems about or with them. Is this just another form of nature writing? Or is there anything more or new to be learned from writing with the various species borders – but also encounters of different species – in mind?

Arguably, some philosophers, and Mary Midgley is to be counted among them, have had high hopes for literature in general and poetry in particular. Midgley famously claimed that good philosophers actually need to combine the qualities of both lawyers and poets. Richard Rorty even considered doing away with most of philosophy and leaving especially the business of moral education to literature. And despite all legitimate worries about self-selection biases and the limited ways in which readers generalise from one story (think Black Beauty) to the moral universe (think animal suffering as such), every now and then, someone yet again articulates the hope that “little verses […] show, one might say, what the language of moral theories unsuccessfully endeavour to state” (David Cooper, “Animals, Attitudes and Moral Theories”, 2016, 28-29).

But how do we, as poets, respond to such hopes? Do we actually think these are hopes, maybe expressing beliefs that we ourselves wish to be true? Or do we find them ever so slightly overbearing, taking the play with language too seriously and maybe the fun out of it? Why should now poets, of all precarious people, be willing to assume the role of “unacknowledged legislators” in a world that has been so badly messed up by people who most likely rarely ever pick up a book?

Lest we get stuck in poetical-political meta-stuff, in our workshop meetings, we decided to focus on points of convergence: on ideas and philosophical puzzles that pop up here, in creative writing, and there, in philosophy. We started out by reading excerpts from Midgley whose work has – in virtue of the many metaphors, wit, emotional depth, and rhetoric giftedness it displays – poetic qualities itself. More specifically, we sort of “tested” her ideas about anthropomorphism, wildness, language and communication. These ideas resonate with people who encounter precisely such questions or problems whenever they want to write about animals. While Midgley did not produce anything like normative advice on creative writing, we used her thinking to come up with writing prompts, involving species who are well known from philosophical discussions: bats, lions, and wolves. That, inevitably, produced more questions – and super interesting and inspiring poems!

At a theoretical level, though, we touched upon various topics:

… the list goes on … and is likely to grow. I don’t know where this is going to go.

Maybe, then, it is rather nice that I am not able to say what exactly it is that we are doing at these workshops because we are in the process of so much: forging new relations, opening new perspectives, defining new interests along the way and, of course, writing. We write and we write, and yet again: write – about, sometimes with, sometimes for, but at any rate as animals. And, being only human, we are of course delighted should anyone want to learn more about our work – or get in touch. Just drop us a line (or a poem, for that matter).