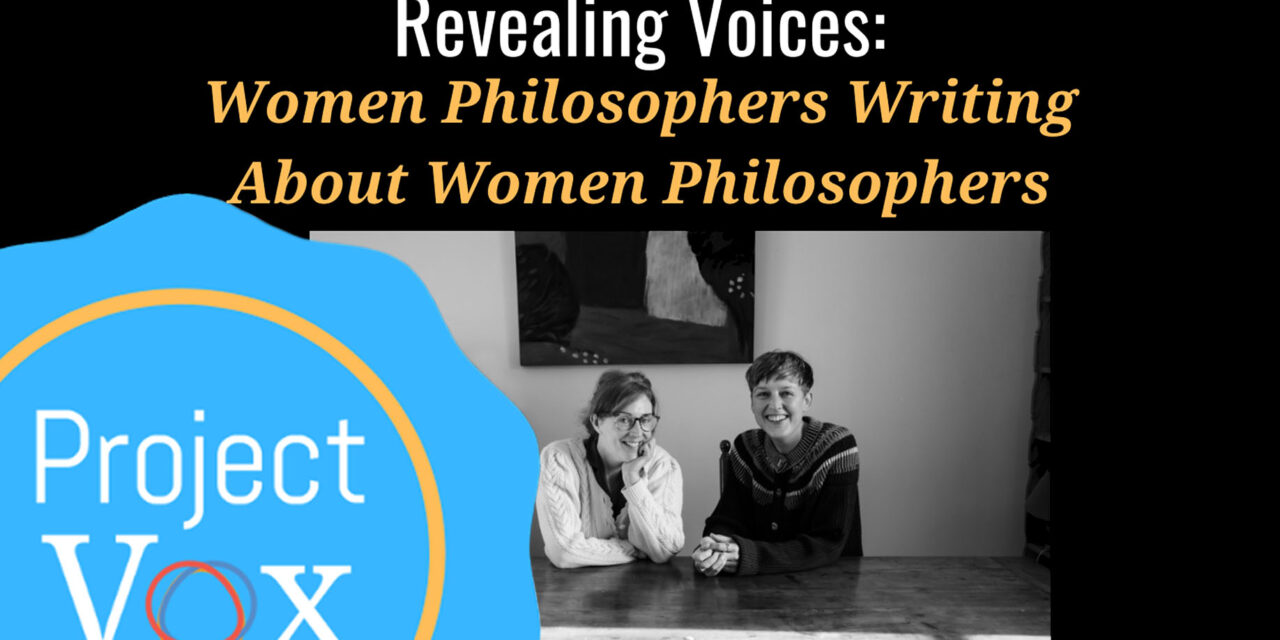 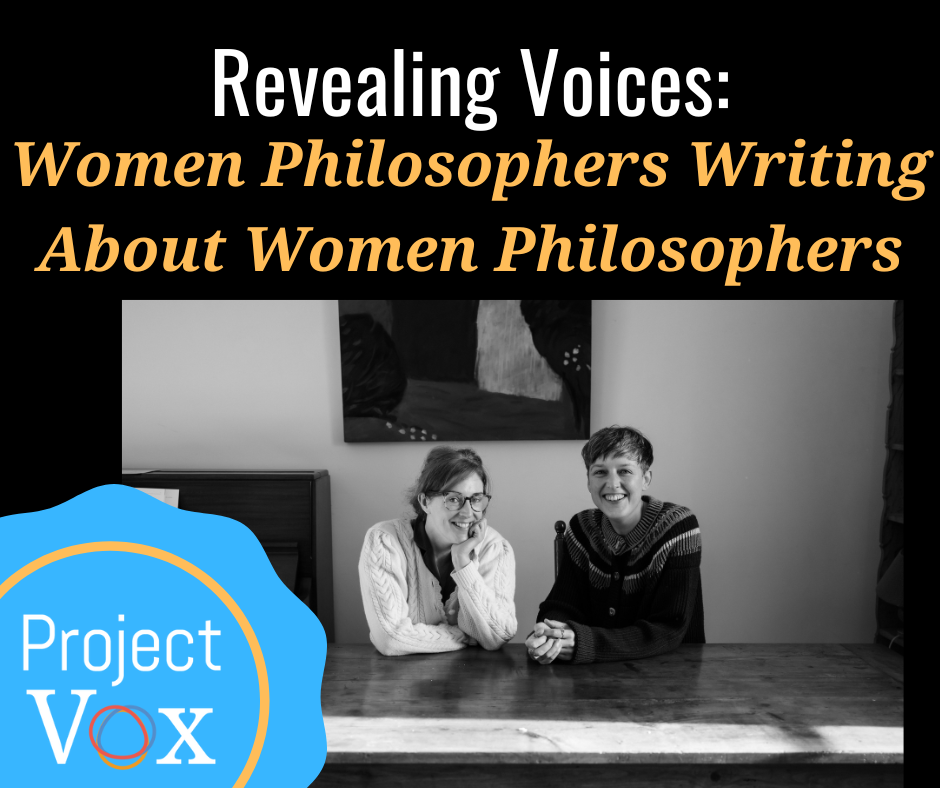 Our joint-authored Metaphysical Animals: How Four Women Brought Philosophy Back to Life, is an intellectual biography of four philosophers and their friendship: Elizabeth Anscombe, Philippa Foot, Mary Midgley and Iris Murdoch. One reviewer described it as a work of “logico-historical feminism” which pleased us enormously. The book is an attempt to use the format of joint biography to make a philosophical argument for the metaphysics of action and perception, and the associated ethics, that is found in the work of our four protagonists. The story is bookended by a scene that poses a real-life version of the Trolley-problem: in 1956 Oxford University proposed to honor Harry S. Truman with a degree; Elizabeth Anscombe protested on the grounds that it was sycophantic to honor a mass murderer; Truman’s defenders pointed to the lives that had been saved by dropping atom bombs on Hiroshima and Nagasaki.[2] The idea is that by the end of the book, when the scene reoccurs, the reader has all the philosophy they need to follow Anscombe’s thinking.

This return to the opening scene also echoes Murdoch’s famous case of a mother-in-law (M) and her daughter-in-law (D). At first M conceives of D as juvenile and rude, convinced that her son has married ‘beneath him’. Sometime later – perhaps when D has moved away or died—M comes to recognize her own prejudice and snobbishness and she contrives to ‘look again’ at D, to re-consider D as she was in the past, as she knew her. Slowly, her vision of D changes and she sees D in a new way—one that is clearer, more loving and accurate. D is discovered to be not vulgar but refreshingly simple…not tiresomely juvenile but delightfully youthful.[3] Analogously, by the end of the book, the reader is, we hope, able to ‘look again’ at Anscombe’s argument and consider it for themselves.

The same is true of the history of philosophy: what we take to be philosophy’s past, or history, is always open to revision and to being re-seen, re-imagined, re-written. And it is true too of the image of the philosopher, and for this reason the biographical form especially mattered to us. Biography can be used to turn philosophy into an adventure story that can appeal to those outside the academy. But we also wanted to make available a picture of philosophical life that was as far from that of the isolated male alone in an ivory tower as we could get. Lovers, children, animals, food and life and death are part of the metaphysician’s life. This picture of the philosopher, and of the place of philosophy in human life is, again, one that we ground out in the metaphysics of this quartet of thinkers. For us, as for Mary Midgley, we did not want to tell a story in a way that made biography an “irrelevant intrusion of domestic matters into intellectual life”—these the words of a BBC producer who did not like a script of Mary’s that drew a connection between the unmarried state of philosophers and an adolescent preoccupation with solipsism and certainty.

Writing about women philosophers, we found, poses a number of questions, literary and philosophical. We don’t know how best to answer these questions, but engaging with them felt like a feminist act.

The first question we confronted was how to refer to our women: how to name them. Our biography begins in childhood, which means that two of our four philosophers change names half-way through the book. Miss Philippa Bosanquet becomes Mrs Philippa Foot in chapter four; and Miss Mary Scrutton becomes Mrs Mary Midgley in chapter seven. Using first-names seems to some presumptuous, even disrespectful, but surnames felt unnatural to us when we were writing the story of their lives. Part of the argument we wanted to make was that philosophy belongs in life, and not in the formal setting of a seminar room so we were anxious not to put up barriers. And as a matter of historical fact, while the men who appear in our book—Austin, Hare, Ayer, Moore, Wittgenstein—would have been on surname terms with their most intimate friends (a legacy of the norms of boys’ public schools), our women addressed each other by their first names. In the book, we shift between first and last names, and use different sorts of names, to build different implied perspectives and so dimensionality into the narrative. For instance, the use of “Miss Philippa Bosanquet” or “Miss Bosanquet” places the individual in a particular social topography—this is how the women were addressed by college wardens and tutors. The word ‘Pip’ is the abbreviated form that Iris often uses for Philippa. We only use that shortened form where Iris Murdoch’s perspective is implied. ‘E’ is used to refer to the Elizabeth that appears in Murdoch’s journals. And we use full names—”Mary Midgley”—when we are discussing their published work.

The second question, which became a challenge, was how to make the women mistresses of their own story whilst not intruding as authors. The history of philosophy is the history of men’s ideas and men’s lives told against a broad historical narrative that is scaffolded by men’s achievements. We didn’t want simply to situate our women against that familiar background, but rather to make them the centers of gravity around which the philosophical argument and drama unfolded. This was a challenge. It helped that we had four powerful and distinctive voices to work with; this meant we could generate a philosophical conversation among women, albeit one that had half an ear to the philosophical conversation in the men’s colleges. We made a conscious decision to bring our protagonists into conversation with other women scholars—like Mary Glover, Isobel Henderson, Susan Stebbing, Dorothy Emmet and Lotte Labowsky. We also draw in other marginalized voices: refugee scholars like Heinz Cassirer or men whose philosophical contribution has been largely forgotten, like A. D. Lindsay and Donald MacKinnon. This allowed us to uncover narrative patterns and lines of intellectual influence that are invisible when the standard male figures (Ayer, Ryle, Wittgenstein, Austin, Hare) are allowed to dominate. The influence on twentieth-century British philosophy of Warburg Scholars, Parapsychologists, Theologians, Refugees and Mystics then came into view for us. We also tried to make sure that the historical background—both biographical and social—was populated with women. We wrote about mothers rather than fathers and women’s education, experiences and concerns rather than men’s. This is harder than it sounds! We were astonished at how a naturally adopted ‘objective’ perspective turned out to be one that was decidedly male and the sheer effort it takes not to occupy that perspective. We tried to counteract this tendency by making sure that where college women were introduced, we also outlined briefly their line of scholarly work. Where we introduced peripheral male figures, we introduced their wives too, not just as wives but as individuals—where both needed to be introduced we always placed the women first in the narrative and their husbands second. We think this is a good rule of thumb and once you’ve thought about it explicitly, you’ll see this old trope—the nameless wife appearing in cameo, if at all—cropping up everywhere.

Our final question was the one identified by Virginia Woolf: how to go about “writing without hate, without bitterness, without fear, without protest, without preaching.” Writing the history of women’s education, and writing about the experiences of women philosophers in the twentieth-century, means writing about forms of sexism, misogyny, sexual harassment and bullying that are familiar to us. Albeit in a watered-down way. Here, rather than making judgments we chose to show, rather than to say. This went both ways. As well as refraining from denouncing flagrantly unjust policy and behavior we let the privilege that Anscombe, Foot, Midgley and Murdoch enjoyed as four white, middle class, well-educated young women at Oxford University—speak for itself. This privilege opened many doors, while other remained steadfastly closed, and this we tried to show.

In all this questioning, we had each other. This made the task easier, but also joyful, and it helped us too to think and write about the friendship that our four women enjoyed. Each pairwise friendship had a distinctive character, as friendships do, and cross-cut the philosophy in different ways. Iris and Elizabeth’s uneasy intense and destabilizing relationship led them to philosophical conversations about love, despair, absurdity and death. For Philippa, Elizabeth was a teacher: “I learnt everything from her.” Together they studied Aquinas and Wittgenstein. Mary and Iris met on their first day at university and became an instant pair, with Mary’s tendency to over-worry offsetting Iris’s to not worry enough. They learnt together—Plato, Hume, Kant, Ayer—and though their temperaments saw them strike out along different philosophical paths their mature work shares deep foundations. At a number of points in the story, one of our heroines continues in philosophy only because of the emotional, practical or philosophical support of one or more of these friendships.

Our joint project, Women in Parenthesis, of which Metaphysical Animals is one offspring, is a collaboration with dozens of students, academics, teachers and friends. We have been inspired by poets and artists, amazed by students, humbled by the intellectual generosity of fellow scholars. We wrote Metaphysical Animals during the pandemic but with all those other voices cheering us on and helping us out. It will be very hard for us to return to writing on our own!