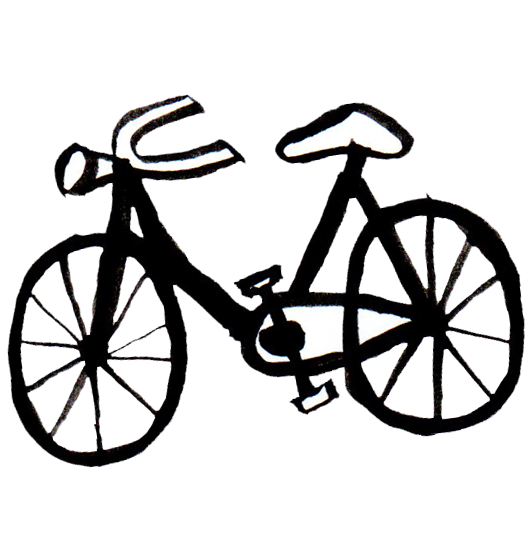 During the Easter holidays, I was lucky enough to visit the Newnham College Archives. After attending the (In Parenthesis) film screening and the subsequent talk by Mary Midgley, I felt compelled to take part in the project and aid it whatever way I could. I live in Cambridge so I thought my proximity to the colleges would be of help. Dr. Wiseman took me up on my offer and directed me towards Newnham College – mentioning some of the findings that Dr. Sophia Connell had presented at the workshop hosted after the film screening. Anne Thompson, the College Archivist, was very helpful and provided me with material from both Anscombe and Murdoch. The material I looked at was mostly from the 1940s and is an interesting look into the early thought of both of the philosophers. The material for Murdoch mostly revolves around her applications for the Sarah Smithson Studentship, whereas for Anscombe it is the Sarah Smithson Fellowship. I will begin with what I found in relation to Murdoch and then move onto Anscombe.

The first letter is Murdoch’s application letter from the 9th of April 1946. This was written from the United Nations Relief and Rehabilitation Administration’s Austrian Mission. She begins by detailing her work up to that point – how she studied at Oxford until 1942 achieving a second class in “Mods” and a first in “Greats” [sic], thereafter she went “straight into the Treasury” where she worked as an Assistant Principal until 1944. Finally, she transferred to the UNRRA which led her to work in London, Brussels and finally in Austria where she was then. She claims she had “always hoped and intended” to continue to study philosophy after finishing her period of national service.

Of particular interest is how her interests in philosophy changed. She writes that at university she was primarily interested in the theory of knowledge, particularly the Vienna school of logical positivists, and the “analytical method” of dissolving problems (here she cites Wittgenstein and Wisdom). However, since leaving university she claims her interest shifted to ethics. Here she makes the notable claim that it was not “very inspiringly taught at Oxford when I was there.”

This section is worth quoting in full:

I found myself out of sympathy with the passionless formalistic theories of Sir David Ross, which seemed to me have no relation to the real moral problems that were distressing myself and my contemporaries – problems which were all mixed up with emotion and psychology and religion and politics and all sorts of things that were not discussed at length by Ross and Pritchard, – and it was only towards the ends of my course that a reading of various authors such as Kierkegaard, Maritain and Buber convinced me that ethics could be seriously and profoundly treated from an academic point of view.

She continues, mentioning Dostoevsky’s “The Possessed” alongside Buber’s “I and Thou” as “two striking landmarks” in developing her conception of ethics. Other authors include Nietzche, Dilthey and the French “existentialist” movement. The frankness with which she writes is striking, particularly when one remembers this is an application for a studentship! After discussing these issues she claims to feel the need to restate “the problem of human freedom and responsibility.” What she finds of interest in these authors is not their epistemology, which she claims to be excessively “metaphysical” (in the pejorative sense) but their attitude towards the existence of ethical questions and their attempt to treat them from “the point of view of the whole man.”

She continues this discussion at length until she discusses, also of interest, her actual philosophising. She states that she’s written “a good deal” since leaving Oxford, but nothing which could be called “a philosophical treatise.” Rather, she’s opted for “novels… and dialogues, dealing concretely though inconclusively with definite moral problems.” Sartre’s influence on Murdoch is apparent here, and one should keep in mind that seven years later in 1953 Murdoch published Sartre: Romantic Rationalist as her first book. Some of these problems include: the selfishness of love weighted against the coldness of an impartial justice, the choice between serving causes with a great gesture or serving, perhaps more usefully, in a more humdrum way and the temptation of despair. Forcefully, she suggests that ethics must deal with these issues or else it is in danger of becoming “a sort of geometry. It must be contemporary.”

She finishes by claiming that she has a “very strong desire” to teach philosophy. She objects to claims that it is a useless subject and instead believes it can be a “rich introduction” to life and an “unequalled training” in thinking about any problem. She also makes the insightful suggestion that “teaching it would be learning it” – through approaching other minds at the point at which they are most individual. She concurs with Collingwood that teaching philosophy (she qualifies this by saying at Oxford) has become “too negative” in character, and that we must offer something appropriate to the young, who are ready for “a rich diet of thought and emotion.”

What follows is a series of back and forth as the process of her application is accepted. Her reference by D.M. Mackinnon of Keble College is scrawled on what looks like a small pamphlet. Her application is successful; however, Murdoch writes to the college to inform them that she has received and accepted a Durant Drake Fellowship for 1946-1947 at Vassar College, New York. She withdraws. She is unavailable to attend her Fellowship, however, as her visa application was rejected because she was a former member of the Communist Party of Great Britain. She writes that this was only during her time at Oxford. This foreshadowing of the McCarthyism to come in America (and the subsequent attack on academics and intellectuals there) meant that Murdoch was to spend that year at home. She reapplies for the 1947-1948 and receives a beaming reference from Dr. Mackinnon. She is successful and gains the Studentship. It should be of note, however, that Myra Curtis (the then Principal of Newnham College) wrote that the college’s high opinion of Murdoch, and her acceptance, was “mainly derived from the testimonials she presented from her teachers at Oxford.”

In 1948 she reapplies for the Studentship with the pithy thesis title of “Some post-Hegelian theories of consciousness: a study in phenomenology and existential philosophy (Husserl, Sartre and others) and others with reference to Hegel’s “Phenomenology of Mind” and to the work of Kierkegaard, also to the work of Wittgenstein.” Her supervisor is John Wisdom, who also writes her reference. Before the application process can be undertaken however, Iris Murdoch pulls out to accept a teaching position at St. Anne’s College, Oxford.

The material on Anscombe was less but still of interest. Anscombe applied for the Sarah Smithson Fellowship in 1944 at the age of 25. She applied with a copy of the dissertation she had been working on the past two and a half years, entitled “The Identity of Bodies”. She writes how after reading Literae Humaniores at Oxford (where she was placed in Class I) she spent another year there holding the Gilchrist studentship. Afterwards, she came to Cambridge in October 1942 on the Sarah Smithson Studentship at Newnham College (the same as Murdoch), which was renewed for the following year as well. She claims that her supervisor, Dr. F. Waismann of New College, Oxford, has “kept in closer touch” with her work than anyone else and can act as her referee. She then writes a brief paragraph on the nature of the work she’d like to undertake while at Cambridge.

She says she’d like to expand upon some of the work found in her dissertation. She has great lines such as “There I have listed “men” with such objects as “cats” and “turnips” as organized bodies”. She also has her reservations about Cartesian dualism and its impact on aspects such as “human nature and personal identity and the human mind.” However, she does express reservations about one of the chapters within her dissertation, claiming she has not had enough time to work on it.

Waismann’s reference is revealing in how it discusses what will be some of the most important aspects of her work, even though she is only in her mid-twenties. He claims, in the past three years she has worked under him, that she has done “very original work.” She works with “great concentration and singleness of mind” at the same time as having “considerable knowledge of the contributions which philosophers have made.” Even at this age Anscombe was being recognized for her analytical ability and her erudition. But perhaps what is most interesting comes from the last paragraph, where Waismann speaks of what she will be best known for: “an acute mind combined with a considerable faculty of insight into the minute structure of thought as it manifests itself in language.” This is contrast to the scathing reference John Wisdom provides. He writes that Anscombe’s dissertation would not be up to Fellowship standards – meaning she shouldn’t receive it even if she was the only applicant. He finishes, however, with this paragraph:

I will repeat however that against the obscurity, disconnectedness, dogmatism, inadequate knowledge of opposing views and downright muddles of which I accuse Mrs. Geach there must be set learning in Aristotle and Aquinas combined with some knowledge of modern work, thoughtful learning, and real effort and intelligence and more suggestion of originality of mind than I have found in some better dissertations.

It is of no surprise then that Anscombe did not receive the Fellowship that year. She reapplied the next year with more favourable references from two well-known philosophers: Ludwig Wittgenstein and ‘Earl’ (Bertrand) Russell. Wittgenstein claims that Anscombe is “undoubtedly, the most talented female student I have had since 1930” when he began to lecture. Among male students, he claims only “8, or 10” have surpassed her. I’m curious to know who these students were. He continues by claiming that she has an “excellent grasp of philosophical problems, great seriousness, and uncommon ability for hard work.” The two essays she has submitted are “still very immature”, but he does not this should count against her as it is the “unavoidable consequence” of her being subjected to “new philosophical influences” upon coming to Cambridge. He finishes by claiming he has very good reason to believe she will produce “sound and interesting work in philosophy.”

Russell’s reference is more measured and at times pedantic. When discussing her dissertation “The Identity of Bodies” he claims it does not “pay sufficient attention to physics” and how a body is composed of different atoms at different times. “Still less”, he continues to write, “does Mrs. Geach consider the bearing of quantum theory on her problems.” Nonetheless, however, he claims that he dissertations do not do her justice and that he predicts “in time” she will produce a work of distinct merit. Surprisingly this time, Anscombe did not receive the Fellowship either.

I’d like to give special thanks to Dr. Wiseman and Dr. Mac Cumhaill for providing me with the opportunity for assisting them in the research project, and Anne Thompson for aiding me when I was at Newnham College.