Women philosophers and the politics of the everyday, yesterday and today 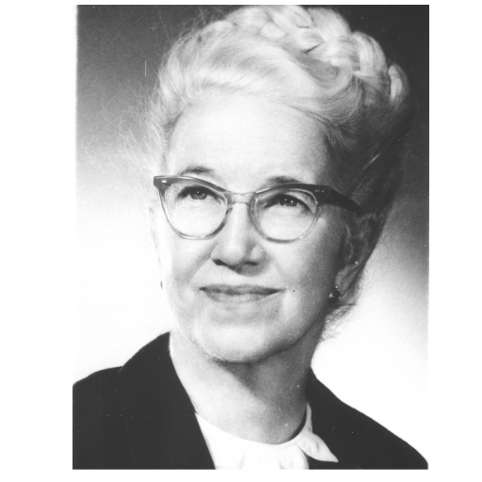 David is interested in the history of gender performance in modern British philosophy. His research details the adoption of elite modes of gender expression by first-generation female post-graduate students in the Moral Sciences Faculty at Cambridge. He contributes to Women (in Parenthesis) perspectives on the nature of doing philosophy with men after 1922, especially as it concerns the intellectual lives of women of talent like the American logician Alice Ambrose (1906-2001).

I’ve set out to write this post several times now. It has proven difficult for me. A series of events, spurred on by the calamity surrounding the Trump administration’s management of the COVID-19 pandemic in the United States, has left me immobile. This is not an advantageous development for an early career intellectual historian. Thankfully the community I share with Women In Parenthesis offers access. Like Rachael and Clare, I am fascinated with the life of the mind women like Elizabeth Anscombe, Philippa Foot, Iris Murdoch and Mary Midgley led as philosophers in the United Kingdom at mid-century. I am especially interested in asking new questions about what it was to be a woman doing philosophy at Oxbridge prior to and throughout the Second World War. This of course is what we as historians of philosophy are compelled to do: to ask insightful questions about our subjects and their remarkable intellectual lives; to see how it was they made philosophy as a way of knowing all their own, despite the bias and partiality of their times.

Rachael and Clare believe it right to speak of the Quartet as a discrete “school” in the twentieth century analytic tradition. They defined their actors’ friendships and work not only through the family resemblance their moral philosophies shared, but also through their politics of the everyday, a politics of embodiment and of thought in wartime. With Women in Parenthesis, Rachael and Clare welcome scholars from throughout the fields of philosophy and history to add further definition to this portrait of mutual endeavor. Happily, they also believe greater involvement from students with diverse learning backgrounds to be a necessity in philosophical history. As a stroke survivor and person living with epilepsy in the United States, I find this hopeful. The collaborative nature of research on the story of the Quartet and women in philosophy in Britain encourages rather than stifles new directions in scholarship. More than this, it provides reassurance in a moment when institutional precarity very much threatens the viability of advancement in the academy for disabled people. Particularly helpful for my own purposes have been my conversations with Rachael and Clare on what purchase the question of ‘failure’ has in understanding women’s representation in the Wittgenstein movement of the analytic tradition and in today’s philosophical community.

Not all women who went up to Cambridge or Oxford to read philosophy between the years 1918 and 1945 are remembered quite as well as the Quartet. The subject of my researches on women philosophers at Cambridge, Alice Ambrose (1906-2001), was like Anscombe, Foot, Murdoch and Midgley a student of Ludwig Wittgenstein’s. A self-consciously unconventional figure who was as profound in his thinking as he was rebarbative in his treatment of women, Wittgenstein taught philosophy at the University of Cambridge between the years 1930 and 1947. While doting towards his protégée Anscombe, Wittgenstein was vicious towards Ambrose, a post-graduate at Newnham College, Cambridge. Following three years of intensive training under his guidance, Ambrose, an American with little means, was effectively dismissed by her teacher. The fall-out between the two would leave a lasting imprint on Ambrose’s career and her connection with Oxbridge philosophy, with Wittgenstein disparaging Ambrose to mutual acquaintances late into his career.

It was failure, then, in her not acquiescing to Wittgenstein’s donnishness, his arrogance as a Cantabrigian man, that would cost Ambrose as a professional philosopher—something we’d like to think unwelcome in today’s professional life (though still very much present). Unlike Anscombe, she would not come to her post as a professor of philosophy with glowing recommendations from Wittgenstein. Settling for tertiary-level affiliation, Ambrose took up a joint professorship in 1938 with her husband and fellow Wittgenstein acolyte Morris Lazerowitz at Smith College, in Northampton, Massachusetts. For the next thirty-four years she would, at a distance from the Quartet’s school, slowly unpack the exegetical purchase of those one-of-a-kind notes she had taken with Wittgenstein while participating in his Whewell’s Court lectures and discussion sections; her legacy as a student prioritized by the collective folk wisdom of the discipline over her own original work in philosophy. This ultimately left a body of work which remains in large part unappreciated.

Ambrose’s curriculum vita then is in many ways an unparalleled treatment of Wittgenstein’s evolution as a thinker. It is also a testament to the tenacity of women of talent who navigated the male-dominated spaces of British philosophy at mid-century and who held a “vanishingly tiny proportion” of esteemed faculty posts in the United States between 1930 and 1979. This, it must be stressed, without access to the amenities or prestige of the English ancient universities.

By juxtaposing Ambrose’s experiences in philosophy with Anscombe’s, Foot’s, Murdoch’s and Midgley’s, we begin to see women’s representation in philosophical history as shaped in part by the imbalances of achievement. Such imbalances continue to affect our notion of women philosophers today. According to the British Philosophical Association, only an estimated 29% of permanent staff in philosophy in the United Kingdom are women, with 35% identifying as students. Complicating matters further, these figures, gathered between 2008 and 2011, do not account for the presence of trans women in philosophy: women who are, at present, making terrific strides in furthering philosophy’s multi-disciplinary potential. Variance is at the forefront of discussions of gender and philosophy today. What remains underemphasized is the way our conceptions of merit and talent inform these portrayals of variance and who gets to talk about women doing philosophy.

What it was to be a woman philosopher in the era of the Quartet can thus tell us something about what it is to be a woman philosopher today, and the kinds of women who are deemed to be by the discipline significant. It might also spotlight those measures, both perfunctory and radical, we can all of us together take, as a community of learners living in a time of uncertainty, to further integrate the lessons of the politics of the everyday of the Quartet and Ambrose, irrespective of merit or success or difference; to make philosophy get clear about what it does for everyone.