We are really excited to get our hands on a copy of Hen Ogledd’s new album Free Humans. Hen Ogledd fans may notice that band member Sally Pilkington happens also to be out wonderful Designer so clearly we follow her work closely. But we are particularly keen after reading this description of the album: 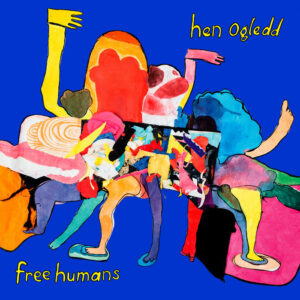 Inspired as much by ABBA as the work of 12th Century mystic-composer-naturalist-visionary Hildegard von Bingen, touched equally by the spirits of radical philosophical plumber Mary Midgley and PC Music star Hannah Diamond, as quiet as the paintings of Agnes Martin yet bombastic like a Werner Herzog documentary… it’s an album of seamless, glorious contradictions.

Released at the end of September we will be joining them for their (virtual) album party at the Star and Shadow Cinema on 18th October.