‘Rings and Books’ by Mary Midgley 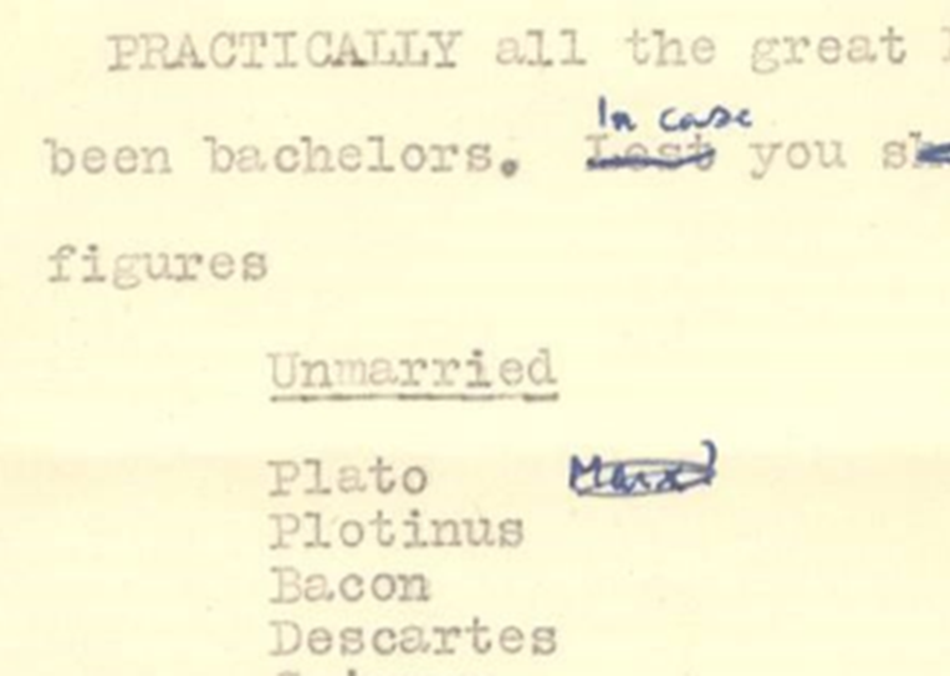 Midgley wrote this essay in the mid-1950s for BBC radio. In her memoir The Owl of Minerva, she recalls:

“I wrote it because I had suddenly been struck by the fact that nearly all the famous philosophers whose lives we know about were lifelong bachelors. Aristotle and Mill are exceptions and there are a few others, but among these exceptions three – Berkeley, Hegel and G.E. Moore – married late, after they had finished their serious philosophical work. None of these philosophers, therefore, had any experience of living with women or children, which is, after all, quite an important aspect of human life. I wrote [this] article drawing attention to this statistic and asking whether it might not account for a certain over-abstractness, a certain remoteness from life, in the European philosophical tradition…”

Interestingly, this was the only one of Midgley’s radio essays that was rejected. The editor Aniouta Kallin thought, according to Midgley, that it was a “trivial, irrelevant intrusion of domestic matters into intellectual life.” What do you think?